A community focused contemporary art project in the Aughty region of counties Galway and Clare. The first phase of the project was created in 2010, culminating in a public exhibition in Woodford, Co. Galway and Tulca, Galway city. The project will be completed in July 2012 with a new feature film on the region made by film artists Megs Morley and Tom Flanagan. The Aughty Film will be premiered in Gort, Co. Galway in early July and a screening tour will travel to Woodford, Loughrey, Crusheen and Mountshannon later in the month. To view a trailer of the film go to http://vimeo.com/40750317

During the summer and autumn of 2010 visual artists Emma Houlihan, Marie Connole and Tom Flanagan created a series of temporary artworks for Aughty Public Art Projects, a collective project located in the Aughty region of Counties Galway and Clare. The project is commissioned by Galway County Council Arts Office, supported by The Arts Council of Ireland and Clare Arts Office.

The three artists have created public art works that engage creatively with the communities of the area. Their work aims to explore the culture, environment and identity of the Aughty region, an area of unique beauty and diversity which straddles the border between Counties Galway and Clare. This project is a response to the location and its communities, using art to make bridges between people and place.

The project is curated and managed by Dr Áine Phillips, Head of Sculpture at the Burren College of Art. Artists Marie Connole, Emma Houlihan are graduates and Tom Flanagan is an adjunct lecturer at BCA. All are members of the Ground Up Artists Collective (GUAC).

Aughty Public Art Projects is supported by Slógadh Eachtaí, the steering group of communities in the Aughty region. For more information see
www.aughty.org 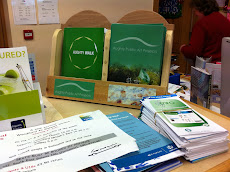 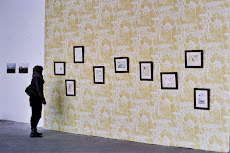 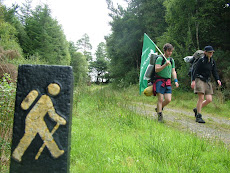